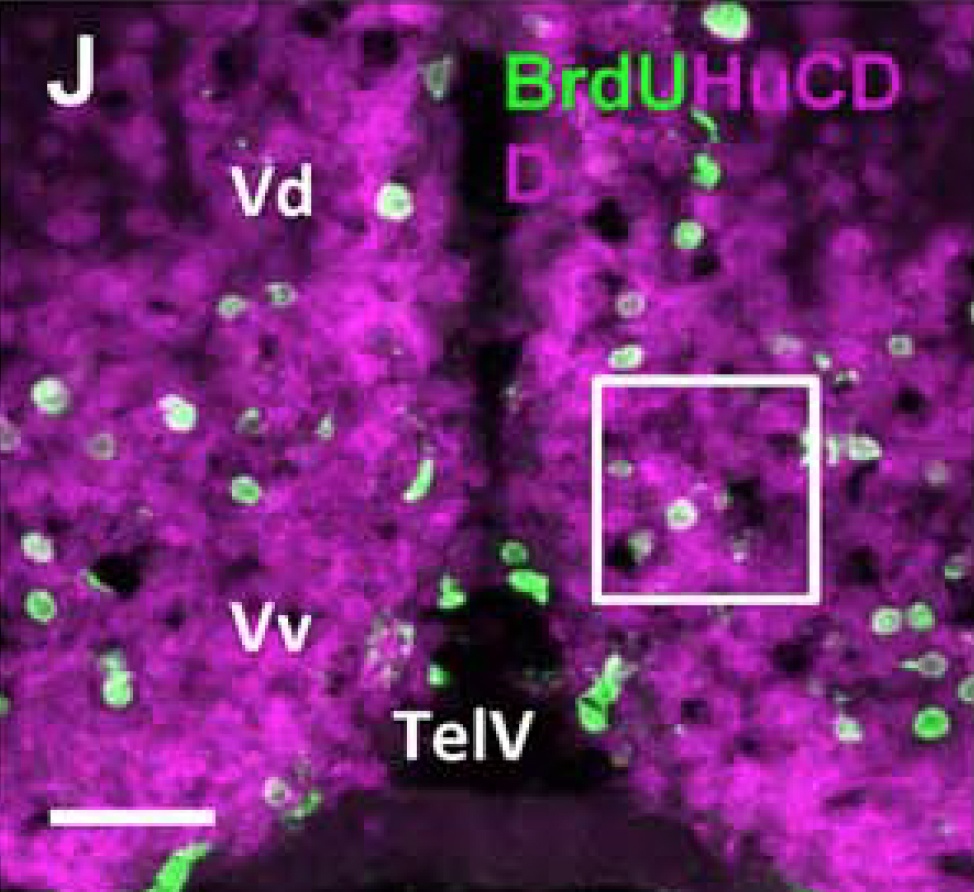 The social environment is known to regulate constitutive rates of adult neurogenesis in vertebrates, potentially influencing stem/progenitor proliferation, survival of the post-mitotic population, or the extent of neuronal differentiation (Lindsey and Tropepe, 2006; Kempermann, 2011; Maruska et al., 2012). By deconstructing the complexity of the social environment, however, it is clear that much of the information that an animal encodes encompasses both learned components that are processed in higherorder brain centers of the forebrain, such as the hippocampus and neocortex, as well as modality-specific sensory components that are processed foremost in corresponding primary sensory structures. What happens then to constitutive rates of adult neurogenesis when social animals venture outside of their home range, are separated from their social group, or undergo novel social interactions? How might environmental change activate neurogenic plasticity and alter the composition of the neurogenic niche in the adult vertebrate brain? To begin to address these questions, neurogenic niches residing within primary sensory structures of the brain must be compared with those localized to higher-order forebrain structures to determine if there are differential responses at the cellular level to deviations from a familiar social context.