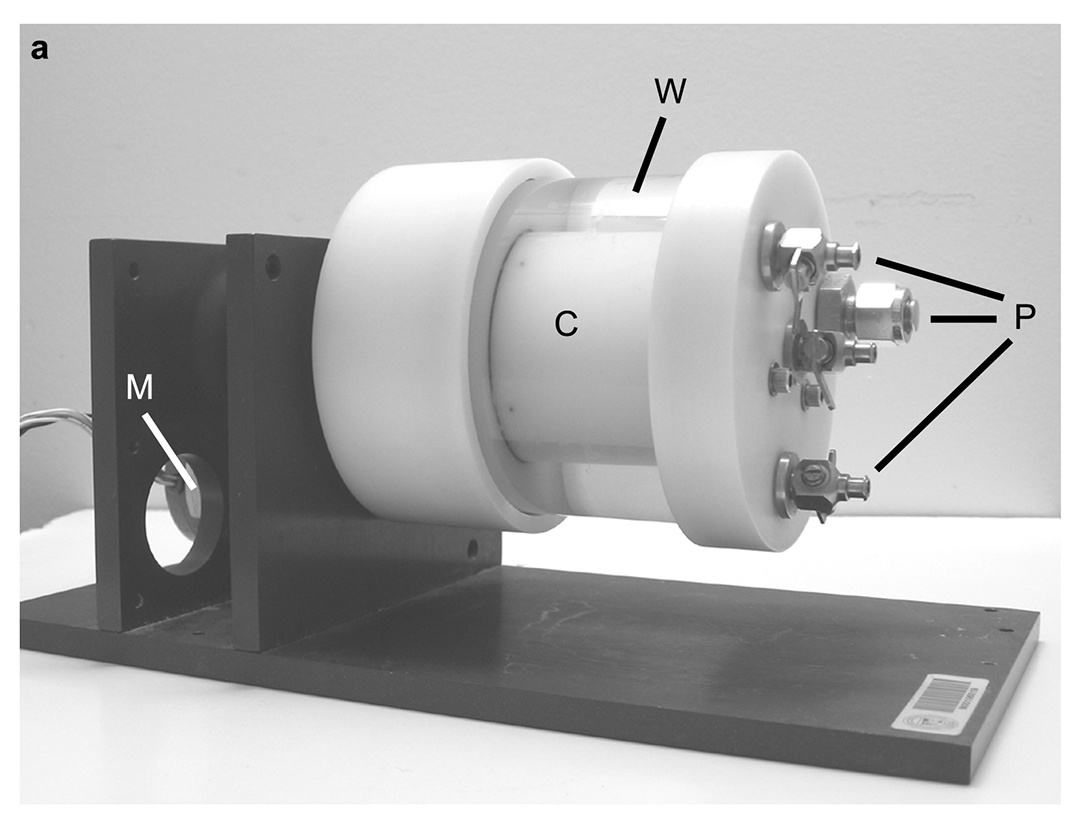 The gas-filled swimbladder of teleost fishes provides hydrodynamic lift which counteracts the high density of other body tissues, and thereby allows the fish to achieve neutral buoyancy with minimal energy expenditure. In this study, we examined whether the absence of a constant direction gravitational vector affects the ontogeny of the swimbladder and buoyancy control in zebrafish (Danio rerio). We exposed fertilized eggs to simulated microgravity (SMG) in a closed rotating wall vessel with control eggs placed in a similar but nonrotating container. All eggs hatched in both groups. At 96 hr of postfertilization (hpf), all larvae were removed from the experimental and control vessels. At this point, 62% of the control larvae, but only 14% of SMG-exposed larvae, were observed to have inflated their swimbladder. In addition, the mean volume of the inflated swimbladders was significantly greater in the control larvae compared with larvae raised in SMG. After transfer to open stationary observation tanks, larvae with uninflated swimbladders in both groups swam to the surface to complete inflation, but this process was significantly delayed in larvae exposed to SMG. Initial differences in swimbladder inflation and volume between groups disappeared by 144 hpf. Furthermore, there were no apparent changes in patterns of development and maturation of swimbladder musculature, vasculature, or innervation resulting from SMG exposure at later stages of ontogeny. These data indicate that, despite a transient delay in swimbladder inflation in zebrafish larvae exposed to SMG, subsequent swimbladder development in these animals proceeded similarly to that in normal larvae.